Thinking of outsourcing web development work to amplify your online presence or software requirements? The Philippines has a rich talent pool of multiskilled developers to help you beat the competition with more cost savings and newfound efficiencies.

Cost-sensitive companies around the world depend on outsourced web application development to create websites and apps to help them sell products and services to customers and prospective clients who may either be on mobile devices or PCs. Outsourced web development services have also provided organizations with office-grade systems and tools to streamline operations.

Today, the Philippines is the best place to outsource web development with an average of 77,000 yearly IT graduates, access to the latest technology, and superior cost savings. Filipino developers are sought after not only for their extensive experience and expertise but for their collaborative work ethic and diligence. Working with them to outsource web development to the Philippines gives meaning to ‘paying less for more’.

We'll source, train, and engage your dedicated web developers in the Philippines

Know which type of developer you need for your project? Here’s a list based on their specialisation:

Specializes in visual user interfaces, aesthetics, and layout of a page or app to run in browsers. They design user interface (UI) and user experience (UX) with CSS, JavaScript, HTML UI Frameworks.

This role is perfect for those who’d like to outsource PHP web development. Their focus is on the database server-side or ‘back-end’ of a site or a page. They’re proficient in using Java, PHP, C++, Scala, Go, and Python.

When you want to outsource web app development but would like to start with one staff, get a full-stack developer. They can do both front-end and back-end. A full-stack developer should be able to write server-side APIs, client–side JavaScript to power an application, and set up Linux servers.

Plays a key role in designing, testing, and installing a software system for specific applications built from the ground up. They’re fluent in the following programming languages: JavaScript, C#, C++, .Net, etc.

Specializes in developing mobile applications that run on smartphones and tablets. A mobile developer has an extensive understanding of the environment and the framework around mobile operating systems such as iOS and Android. They are proficient in Java, Objective-C, Swift, Application Programming Interfaces (API), cross–platform mobile suites as well as web development languages.

Specializes in designing engaging game experiences. They use frameworks such as Unity 3D, DirectX, OpenGL, WebGL as well as programming languages such as C, C++, Java, and Swift.

How We Reach and Keep Top Web / Software Development Talent

The Emapta developer talent pool consists of computer science graduates from Philippine universities or colleges. They’re also highly experienced in developing websites, applications, software, and systems. They have extensive working experience with various local and international software development companies from the US, Australia, the Middle East, and Europe. Some Filipino developers have already worked abroad and have gained more advanced skills being exposed to international practices and trends.

Here are the 3 job levels of developers based on their years of experience: 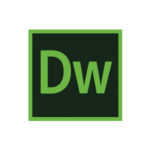 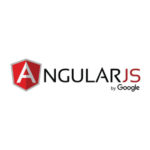 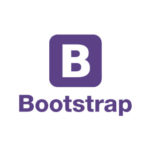 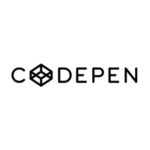 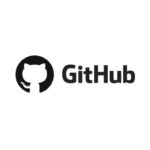 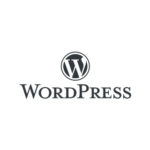 Save up to 72% on labour costs when you outsource developers to the Philippines.

Contact us to get your developer salary estimate and learn more about outsourcing in the Philippines today!

Helping to build Your Team, Your Way.

Just tell us about any areas of your company that cause you grief or that you’d like to improve. Outsourcing may be the answer. Then again, it may not be. But after a quick chat with us, you’ll know one way of the other. So drop us a line and we’ll answer any questions you have.

We’d love to speak with you about how Emapta can support your business.

Want to join the Emapta Team?

We’re always on the lookout for truly talented people who have the skills, ambition and drive to help our international clients thrive. So if you’re ready for a challenging (and very rewarding) career, please get in touch today.